The story of the Clayton Historical Society and Museum must begin with a few words about Joel Clayton, founder of the town. Joel was born in the mining village of Bugsworth (now Buxworth), Derbyshire, England, probably in 1812, and baptized at St. Matthew’s Church in Hayfield, a neighboring village, on January 10, 1813. His parents were John and Mary Bate Clayton. John Clayton was a coal miner and he probably also farmed at Brierley Green Farm in Bugsworth, where the family lived. Joel was the eldest of twelve brothers and sisters. 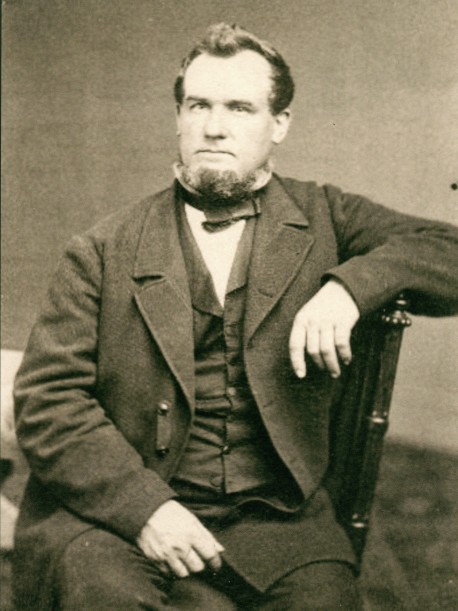 In 1837, at age 25, Joel left England and came to America where he would live and work with his Uncle Peter Bate in Pittsburgh, Pennsylvania. In 1840, his parents and several of the children arrived in New Orleans. Like most immigrants, the Claytons sought a better life and they had the faith, courage and vision to strike out for the unknown in America. The entire Clayton family eventually settled in Galena, Illinois. After living in Galena and New Diggings, Joel opened a general store and tavern in 1845 in the lead-mining village of Dallas in Iowa County, Wisconsin. This he operated until 1848 at which time he purchased land along the Pecatonica River, one-half mile northeast of Dallas, where he built a water-powered flour and gristmill called Mifflin Mill. West of the mill he platted the new village of Mifflin and proceeded to sell lots. In addition to purchasing land from individual owners, Joel bought land directly from the government. In 1849, he was elected the first person to hold the newly created office of Chairman of Mifflin Township, Iowa County, Wisconsin. He also became the town’s first postmaster. 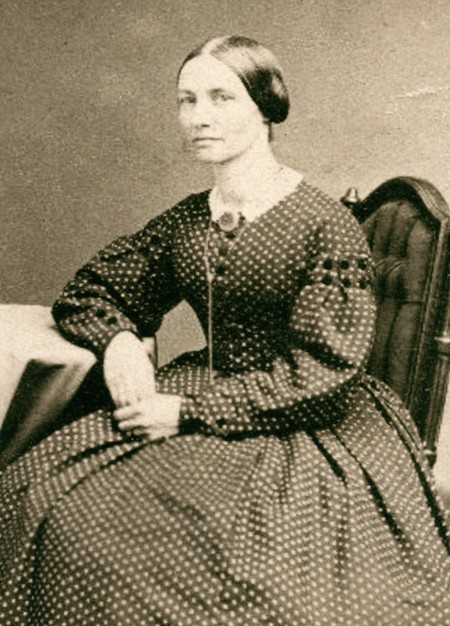 About this time Joel became associated with the Hudson Bay Company, which was in control of most of the Northwest Territory. After their marriage, Joel would take several journeys to the West Coast as wagon master, establishing businesses and towns in Washington, Oregon and California. In 1847, Joel went overland to the West but returned by ship to Wisconsin. In 1850, he went permanently to California where he engaged in a wide variety of business enterprises, ranging from dairy ranching to mining. Margaret finally decided it was time to join her husband on the West Coast, and in 1856, with their three small children, she set out for California via the Isthmus of Panama. Joel left Washington, and miraculously they met in San Diego. Joel’s travels finally brought the family to the Diablo Valley where, in 1857, he founded and laid out the town of Clayton, California. Joel and his brothers, Charles and James, became very successful community and businesses leaders in the San Francisco Bay Area. Joel became one of the major landowners in Clayton, and owned an interest in the Black Diamond Coal Mines of Nortonville, CA.

Joel and Margaret would have nine children. Three were born in Wisconsin, and three were born at Fort Tejon Territory, California, where Joel and Margaret ran a horse ranch and stage stop of travelers heading into the Central Valley and north toward San Francisco. These three children died of childhood diseases and were buried near Lake Elizabeth. The youngest three were born in Clayton, California. Two of the three born in Clayton would also die in childhood. Their four surviving children were Elizabeth Jane, Benjamin Franklin, Charles Joel, and Henry Alfred (Hallie).

Joel died on March 10, 1872, in Somersville. He was 60 years old and was buried in Live Oak Cemetery, in what is now Concord, CA. Margaret died on April 28, 1908, at the age of 88, in San Francisco of heart problems and was buried alongside her husband in the cemetery.

The city of Clayton has formed a Sister City or Twinned relationship with the village of Bugsworth (Buxworth), England, Joel’s birthplace, and have constant communication with members of their Association of Bugsworth and Clayton.